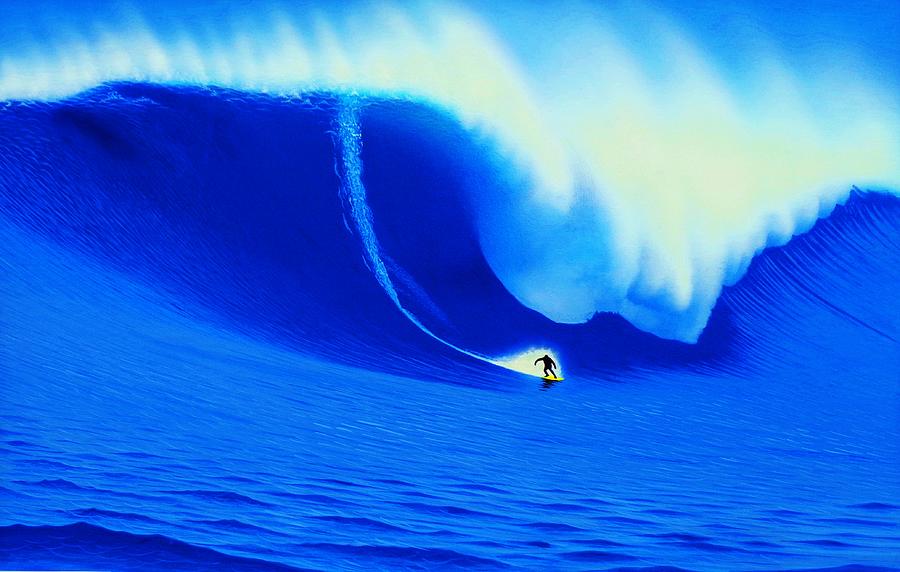 Surfer was towed into this wave at Dungeons, South Africa, on 7-30-2006. This was judged by the Billabong XXL as biggest wave of the year at 65 feet. The surfer is Greg Long who would in 2008 be credited with the biggest wave of the day at Cortes Bank, according to witnesses, on a wave near 90 feet tall, but it was not photographed, so not officially recognized. Thus Greg has likely surfed the "biggest wave ever surfed."

On Dec. 21, 2012 Greg had a near-death experience at Cortes Bank. He dropped-in on the 2nd wave of a 5-wave set. The white water caught him pushing him deep. His inflatable suit failed. After a violent 2-wave hold down Greg intentionally stopped breathing until he went unconscious. He was rescued just in time and transported by chopper 100 miles to San Diego. Three days later he paddled out into big waves at Mavericks. Amazing story, read about it and see him on surfer.com at: