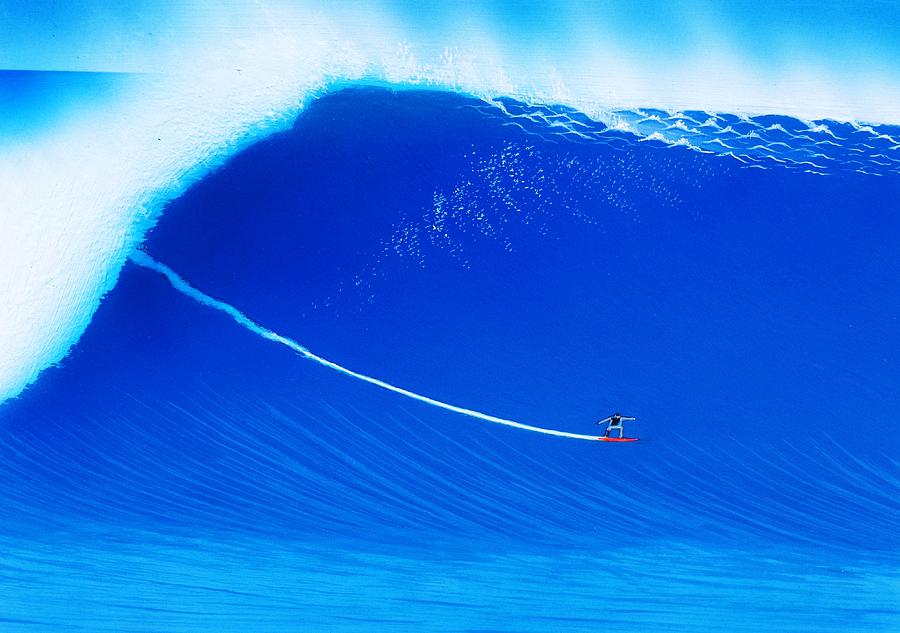 Cliff-angle view of a surfer who was towed into this wave at Jaws on 1-10-2004. Because of the high camera-angle, this makes the wave look bigger than the water-angle shot. On this day the biggest waves were breaking left. A surf magazine called this the biggest left ever surfed, about 70 feet high. The surfer, Laird Hamilton, is 6'3" tall.

By Laird's admission, the biggest wave he ever surfed was on 12-03-2007 at "Egypt" a pyramid-shaped wave miles off the north shore of Maui, which he called "better than 10 stories tall". That means over 100 feet tall, but was not photographed. He and Brett Lickle were overtaken on their jet ski going 55 mph. Brett's leg was badly cut by the board's fin. Laird ripped up his wet suit, using it as a tourniquet, then swam a half mile to the jet ski to save their lives.