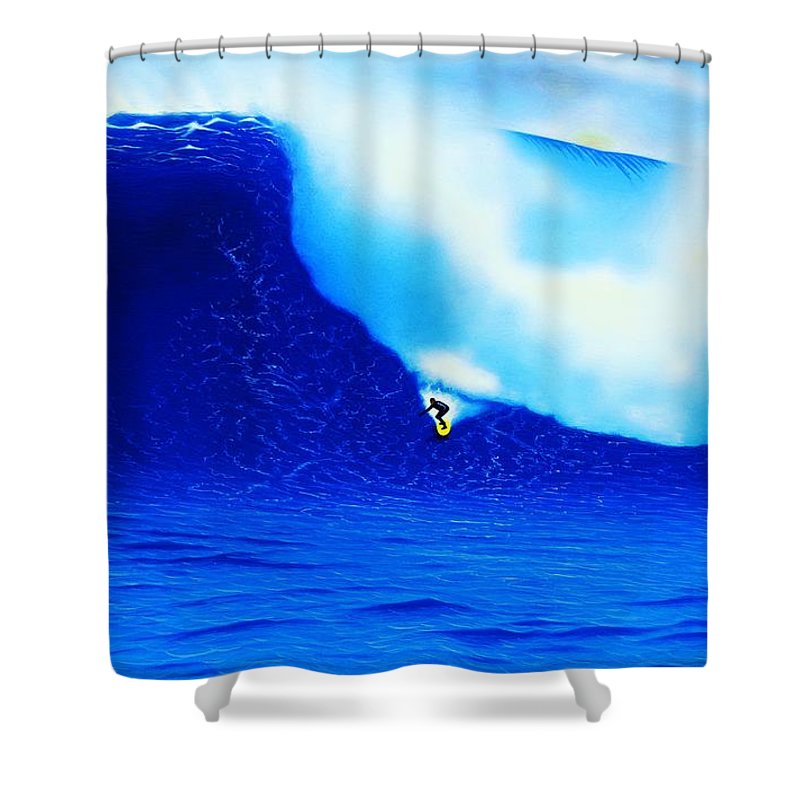 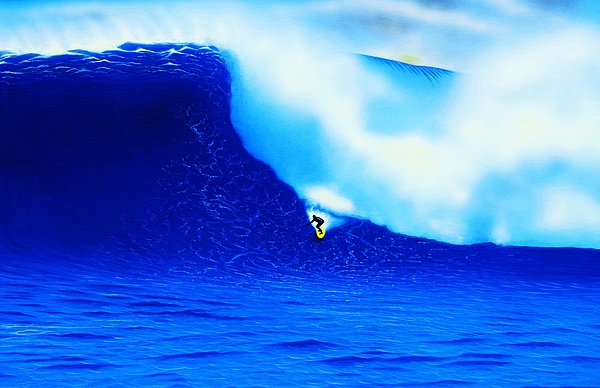 The surfer was towed into this wave at Mavericks on 11-21-01. The Billabong XXL judged this wave to be 68 feet tall, biggest wave ridden that year,... more

The surfer was towed into this wave at Mavericks on 11-21-01. The Billabong XXL judged this wave to be 68 feet tall, biggest wave ridden that year, and biggest wave ridden in California until the Cortez Bank expedition of 2008. This is Brazilian, Carlos Burle who is about 5'8" tall. This was one of the last waves ridden that epic day known as "100 foot Wednesday". As conditions became stormy, higher winds and bigger waves, all tow surfing teams had left the water. The last jet ski patrol was faced with a monster set of 3 waves over one hundred feet high. Shawn Alladio and partner raced their skis directly into the set and luckily made it over the top as the first crest feathered, and then flew off the back to slam onto the next trough, bounce, and repeat 2 more times.