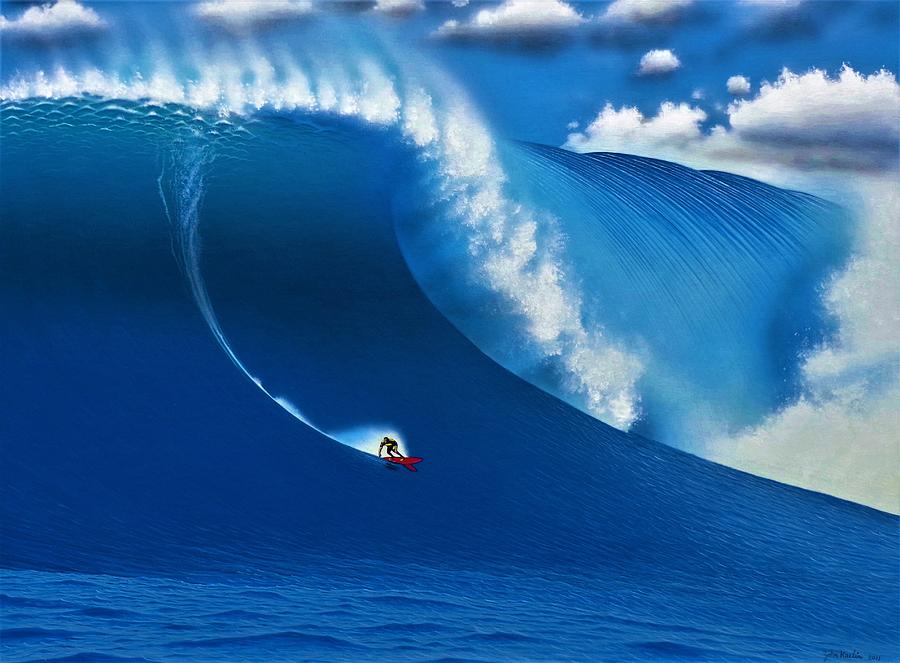 There is no photograph of this wave, Ken Bradshaw's "biggest wave ever surfed". He was towed into this rogue wave at Log Cabins, Oahu, on 1-28-98. It is generally accepted as 80 feet or taller. Ken, who is 6'1", calls it 85 feet. This is my proposal of how an 80+ footer looks from the water angle. This is based on a famous photo by Hank of Ken riding a 65-footer later the same day, which has been mistaken for the wave of the day. Officially, the Billabong XXL has judged the biggest wave ever surfed as Rodrigo Koxa at Nazare, Portugal, on 11-08-2017 on an 80-footer because of superior photographic evidence (but weak video evidence IMO). Judge for yourself, search YouTube for "Rodrigo Koxa Biggest Wave". It looked like a drone following the crest of the wave, but it is actually a bird than flew along with Rodrigo.

See the actual video by Bill Ballard of Ken's famous wave on YouTube, search "Ken Bradshaw January 28". The wave starts at 20 seconds into the video: